Following in the footsteps of Journey Fellows in previous years, three Journey Fellows were recognized with national professional awards by The Association of Child & Youth Care Practice (ACYCP) this fall.

The Dr. Carol Kelly Newcomers Award honors the memory of an early founder of ACYCP and recognizes professionals who have made early achievements and contributions. Two Hoosiers received the award:

Erin Busk and Christen Peterson, both are 2015 Journey NewPros, and both are colleagues at the Indiana Department of Education, working as Grant Specialists who administer the  21st Century Community Learning Centers Grants to Indiana communities. Erin has previously worked with the Boys & Girls Clubs of Indianapolis and Girl Scouts of Central Indiana, and has also previously joined Journey staff supporting the New Professionals fellowship. Christen has also worked with Girl Scouts of Central Indiana and AmeriCorp Public Allies. Both outstanding youth workers were recognized for their early-career contributions and commitment in the field.

The ACYCP Child and Youth Care Lifetime Achievement Award recognizes leaders and professionals for their sustained contributions to the profession. Indiana’s John Brandon was recognized with this national award.

John Brandon, is a 2006 Executive Journey Fellow and is the President / Executive Director of The Marion County Commission on Youth (MCCOY). With a masters in Divinity and in Marital and Family Therapy, John’s background includes work in full-time ministry, as an individual and family counselor, as a caseworker and volunteer director at Big Brothers of Greater Indianapolis, as a university faculty member and for several decades as the leader of MCCOY. He was recognized for his work in advocacy, professional development, credential and field building and for his persistent leadership.

These awards are continued evidence that Indiana is a state of strong leaders, advocates, and contributors who are working to improve the lives of young people and those who serve them. 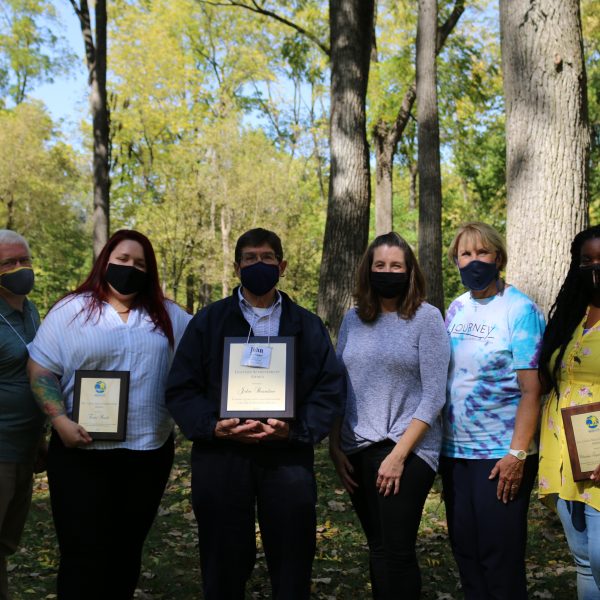